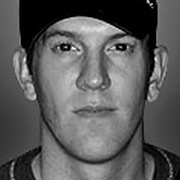 James Hawkins is a Senior Concept Artist at Epic Games located in Raleigh, North Carolina. He graduated from James Madison University with a Bachelors degree in fine arts. He worked at several companies including Timeline Entertainment, Ritual Entertainment and Legend Entertainment. In 2003 Jay joined the Epic team and has been the primary concept artist for characters, weapons and vehicles. His credits at Epic include Unreal Championship 2, Unreal Tournament 3, Gears of War and Gears of War 2.