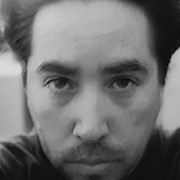 Carlos Huante was born in East L.A. He attended night classes in life drawing at Art Center College of Design in Pasadena. He first worked in the animation world at Filmation. Later Carlos worked as a character designer on the Ghostbusters animated series. His professional career in animation lasted for many years before he moved fulltime into working in the film industry. He's worked for Rick Baker, Rob Bottin, Steven Spielberg, Ron Howard, Guillermo Del Torro the Chiodo Bros and too many more to mention - on such films as Men in Black I and II, Mighty Joe Young, Hellboy, War of the Worlds, Spiderwick and Alice in Wonderland just name a few. Today Carlos has 25 years of experience under his belt and works for ILM at Lucas Digital and is part of the creature development team.