Learn how to turn your rough storyboard sequences into fully colored animated videos with this new tutorial by Rembert Montald, a Storyboard Artist at Riot Games.

Following on from his Storyboarding Techniques: Creating a Fight Sequence workshop, Rembert shares his professional techniques for turning a rough animatic into a final animatic. Focusing on the first 16 seconds of his fight sequence, he gives an in-depth explanation of his thought process when approaching storyboarding for animation. His lecture includes a discussion of the importance of camera placement, as the way a camera moves can be used to great advantage — especially when working with dynamic shots.

This is an advanced drawing workshop; however, Rembert’s approach to teaching is to make his techniques inclusive for all levels and abilities. This workshop aims to empower artists with the confidence to create their own animations, whether for showcasing in a portfolio, using to secure a new job, or pitch an idea to a stakeholder.

Rembert’s final animatic can be downloaded with this workshop. 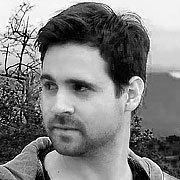 Rembert Montald believes the best way to tell a story is to show it. Intrigued by the intricacies of visual storytelling, Rembert pursued an education in animation and art in Brussels, Belgium, and later Gobelins, Paris. After working on a variety of things, including storyboards for animated movies and even theme parks, he decided Belgium was a little too small for him. Since then, he’s lived and worked all over the globe, including Croatïa, Germany, Portugal, and the U.S.A.

For the last three years, he’s been working at Riot Games as a concept and storyboard artist and was mentored by Ryan Woodward.