Realistic facial animation can be a tricky beast. The tiniest twitch of a muscle will impart information about a character to its audience, while it’s also all to easy for an animation to look dead and lifeless. Finding the right balance and crafting an emotive, fleshy, and alive facial performance requires a professional workflow.

Subtle Performance Workflow Vol. 1, by Ted Lister, covered the preparation for an animated performance shot and detailed the body animation part of the process. In this second volume, Ted Lister continues his lessons with a focus on animating the face, using Kiel Figgins' Sicarius rig, revealing how to marry the work done on the body animation with facial expressions that will create a vibrant and alive performance.

Before jumping into Maya, Ted kicks off five hours of tuition by discussing the basics of facial anatomy, providing a clear understanding of the underlying structure and muscles that allow faces to be emotive. He further teaches how to create a facial pose library, details his lip-sync animation techniques, and shares his industry insights to achieving expressive and convincing results before adding the finishing touches.

Assuming a basic knowledge of Maya, the concepts demonstrated by Ted are not rig-specific; you’ll be able to apply them to any rig with a facial setup — whether cartoony, realistic or otherwise. While Maya is Ted’s software of choice for animation, the core concepts should carry over to the 3D package of your choice. 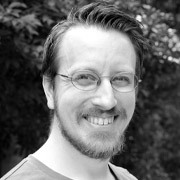 Ted Lister is a lead animator at Industrial Light and Magic. Originally from California, he transplanted himself to London in 2011 and made the move from games to film at the same time. Starting at MPC, he enjoyed an illustrious career bringing characters and creatures to life on the big screen in movies such as Harry Potter and the Deathly Hallows — Part 2, Guardians of the Galaxy, and The Jungle Book. In 2016, he migrated to ILM London, where he had the honor of being the character lead on Supreme Leader Snoke for Star Wars: The Last Jedi. Not content with working on just one of his dream franchises, he continued as lead animator on Jurassic World: Fallen Kingdom. He was then a character lead on the Genie for Disney's Aladdin, where the challenge was creating a blue, magical Will Smith. Ted enjoys the diversity of the work that comes through ILM, from creatures to spaceships, but his true love lies in bringing strange characters to life and fooling audiences into believing that a pile of pixels is a breathing, emoting being.