In this title, Josh takes you step-by-step through the sculpting process of carving wax to produce a working master. Wax masters are used in the casting process for sculptures and jewelry making, and in this lecture, Josh carves a low-relief belt buckle that he later has cast in silver. Using a modern version of this traditional medium and utilizing the subtractive techniques of traditional carving can be a powerful tool for maximizing accuracy and efficiency. Using common hand and power tools Josh demonstrates simple relief carving from the rough cut-out to identifying low points, shaping, beveling and adding wax to create new elements to your sculpture. This title is a useful fundamental process for sculptors of all levels. 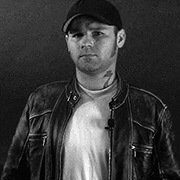 Using diverse mediums Josh Murray has proven to be an accomplished sculptor; his work with wax, clay, foam, wood and metal has shaped his career over the last fifteen years. Josh currently splits his time between his custom jewelry business and his work as a member of the Motion Picture And Television Sculptors Union, Local 755. He has worked on films such as Transformers 2, GI Joe, Hancock and Land of The Lost. Josh has also spent time sculpting for Disney's amusement parks as well as working on a three year project building small scale models and statues for Aiins World. He has been doing freelance work with special effects and entertainment construction companies for most of his career. Josh's ability to show incredible detail in each piece of Jewelry he creates is what makes him and his style unique.